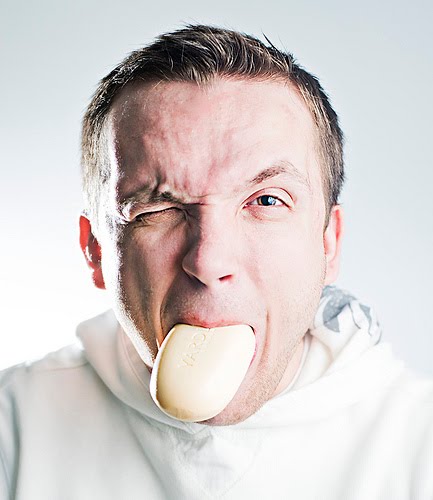 If you teach high school you hear it all day. Oh it may or may not be in your classroom but you hear it. They say it in the hallways, in the cafeteria, in the bathrooms and in those classrooms with the “young teachers” or the “cool teachers.”

Quite often it’s heard in the gym, in the locker rooms, on the playing fields, and (unfortunately) in many health and PE classes where the coaches themselves feel free to use it.

Now, before you say, “You are such a prude,” I want you to realize that I did 20 years in the Navy and sailors use that word as a Noun, Adjective, Adverb, and 4 or 5 other parts of grammar. But the day I walked into my first classroom that word left my vocabulary. And, there are a lot of places that people are employed where that word is just not accepted. Teachers get the added benefit of being suspended or even fired for using that word or any other word considered profanity.

Here’s an example of what happened to me because of using profanity: I was teaching 6th graders in Newport News VA. The class had done poorly on a test and I was starting the day by handing the tests back. I made the remark, “sometimes I worry that there are some of you who don’t give a damn about this class.”

That was at about 8:15. At about 2:15, after the students had left, I was summoned to the principles office to explain what had happened in my first period class. I had to think back but I knew that my remark was the only thing that could have been bad. Sure enough he had been called by the superintendent. The superintendent had been called by 2 board members. The next morning, before school, I was apologizing to one of my students’ grandmothers for my profanity. She responded with “the next time this happens I’ll see that you are fired.”

So how do we get students to stop? Calling parents helps in about 1 in 10 cases (maybe less). A discipline report, detention, or other disciplinary action stops it for today. A talk to the student body from the principal helps. But, the most effective way is to get EVERY adult in your school on board with the importance of eliminating it from your school. If you are reading this and saying anything other than “that’s what we need to do,” then getting rid of profanity won’t succeed at your school. Heck, it might not even be a big deal to you. Even with my total disgust with the F-word I fail to get my students to stop saying it.

Bottom line? I will continue to make remarks whenever any of my students say any of the following: Suck(or any variation of the word), Bitch, Bastard, Ass(or any variation of that word), Damn, Gay, Retarded, Shit, The C-words, The F-word, Dick, and probably another 5 to 10 words that escape me right now. I would appreciate you doing the same. Together we – oh heck who am I kidding. We’ll never get rid of these words. But, we can educate our students on the importance of using appropriate words. Isn’t educating students what we are supposed to be doing?